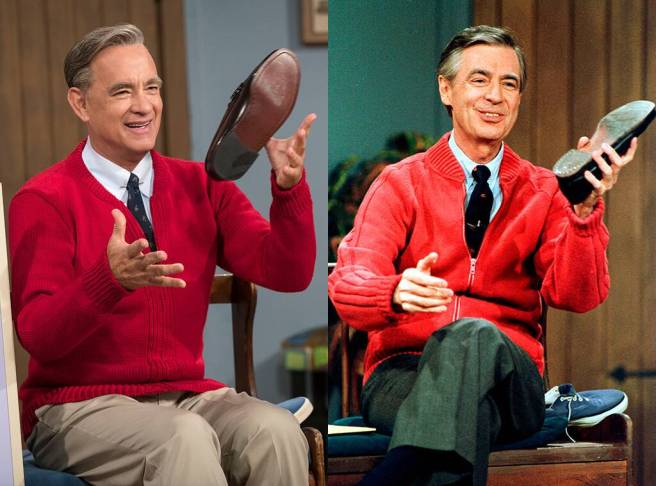 If you’re anything like me, you are VERY excited to get to the movie theatre to see “A Beautiful Day In The Neighborhood,” a movie about the incredible Fred Rogers. For one thing, like so many people, I grew up watching his show. Plus, Tom Hanks is my favorite actor of all time, so I absolutely cannot wait to see him in action again! You can watch the trailer for the film on YouTube by clicking here. This should work on any device with an internet connection.

Here are a few fun facts about television’s wisest host:

This sweet article from Next Avenue reminds us that no matter how old we are, we have things we can learn from Mr. Rogers and his many years of service as a teacher and friend.

Perhaps his most famous quote was about how to handle seeing images of dark and scary things. “Look for the helpers,” he said, passing along a wise bit of advice from his mother. It’s a good message to remember for whatever we’re doing in life. People like our SAIL Volunteers and others make us remember that there is light and goodness in the world.

Of course, the most appropriate Mr. Rogers line to tie in with SAIL is to just be a good neighbor! Just being a part of SAIL makes you a good neighbor to your fellow members, even if you don’t live next door!

We hope you get to see this wonderful film in theatres or when it comes out for home viewing!

One thought on “What We Can Still Learn From Mr. Rogers”

This site uses Akismet to reduce spam. Learn how your comment data is processed.