The nights are cooling off, and before we know it we’ll have sweater and pumpkin spice weather! Make sure to check out the next SAIL Book Club meeting on September 18 at 1:30 p.m. at Sequoya Library, where the group will discuss their summer reading and pick the next book.

In the meantime, here are some books to curl up with on the porch, couch, or wherever you do your cozy reading! 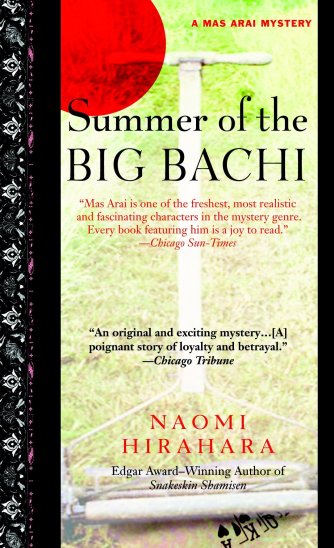 Summer of the Big Bachi by Naomi Hirahara

Set in Los Angeles and Hiroshima, this character-driven mystery follows the cantankerous Japanese-American gardener Mas Arai. At 69, Mas has survived many traumas, including the bombing of Hiroshima and the death of his wife. He’s disappointed by life, missing his estranged daughter and struggling to hold onto his gardening business. Then a stranger appears, asking questions about Mas’ former gambling buddy Joji Haneda. Mas knows this is bachi — the spirit of retribution — catching up with him and threatening to expose the secret he’s held onto for more than 50 years. When Joji is murdered, Mas must figure out how to make amends for the past before it’s too late. This is the first book in a series of seven. 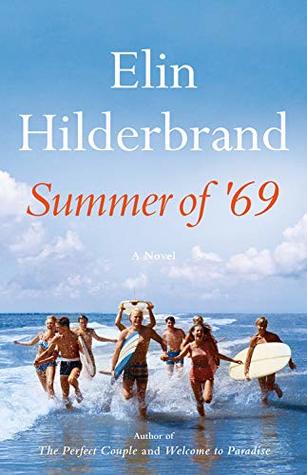 Summer of ’69 by Elin Hilderbrand

Welcome to the most tumultuous summer of the twentieth century. It’s 1969, and for the Levin family, the times they are a-changing. Every year the children have looked forward to spending the summer at their grandmother’s historic home in downtown Nantucket. But like so much else in America, nothing is the same: Blair, the oldest sister, is marooned in Boston, pregnant with twins and unable to travel. Middle sister Kirby, caught up in the thrilling vortex of civil rights protests and determined to be independent, takes a summer job on Martha’s Vineyard. Only-son Tiger is an infantry soldier, recently deployed to Vietnam. Thirteen-year-old Jessie suddenly feels like an only child, marooned in the house with her out-of-touch grandmother and her worried mother, each of them hiding a troubling secret. As the summer heats up, Ted Kennedy sinks a car in Chappaquiddick, man flies to the moon, and Jessie and her family experience their own dramatic upheavals along with the rest of the country.

In her first historical novel, rich with the details of an era that shaped both a nation and an island thirty miles out to sea, Elin Hilderbrand once again earns her title as queen of the summer novel.  This book currently has 4.5 out of 5 stars in customer reviews on Amazon.com! 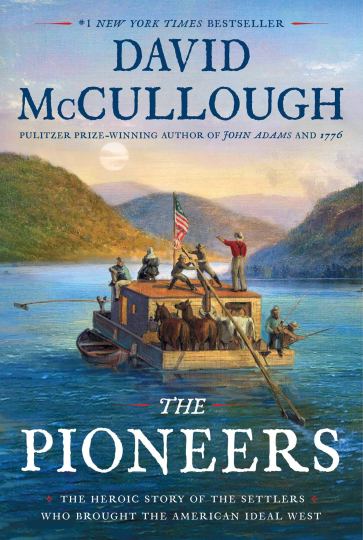 The Pioneers by David McCullough

Pulitzer Prize–winning historian David McCullough rediscovers an important and dramatic chapter in the American story—the settling of the Northwest Territory by dauntless pioneers who overcame incredible hardships to build a community based on ideals that would come to define our country.

As part of the Treaty of Paris, in which Great Britain recognized the new United States of America, Britain ceded the land that comprised the immense Northwest Territory, a wilderness empire northwest of the Ohio River containing the future states of Ohio, Indiana, Illinois, Michigan, and Wisconsin. A Massachusetts minister named Manasseh Cutler was instrumental in opening this vast territory to veterans of the Revolutionary War and their families for settlement. Included in the Northwest Ordinance were three remarkable conditions: freedom of religion, free universal education, and most importantly, the prohibition of slavery. In 1788 the first band of pioneers set out from New England for the Northwest Territory under the leadership of Revolutionary War veteran General Rufus Putnam. They settled in what is now Marietta on the banks of the Ohio River.

McCullough tells the story through five major characters: Cutler and Putnam; Cutler’s son Ephraim; and two other men, one a carpenter turned architect, and the other a physician who became a prominent pioneer in American science. They and their families created a town in a primeval wilderness, while coping with such frontier realities as floods, fires, wolves and bears, no roads or bridges, no guarantees of any sort, all the while negotiating a contentious and sometimes hostile relationship with the native people. Like so many of McCullough’s subjects, they let no obstacle deter or defeat them. Drawn in great part from a rare and all-but-unknown collection of diaries and letters by the key figures, The Pioneers is a uniquely American story of people whose ambition and courage led them to remarkable accomplishments. This is a revelatory and quintessentially American story, written with David McCullough’s signature narrative energy.

If you’re shopping on Amazon.com, don’t forget to visit smile.amazon.com first and select “Age Better” so that a small portion of your purchase comes back to SAIL!

This site uses Akismet to reduce spam. Learn how your comment data is processed.